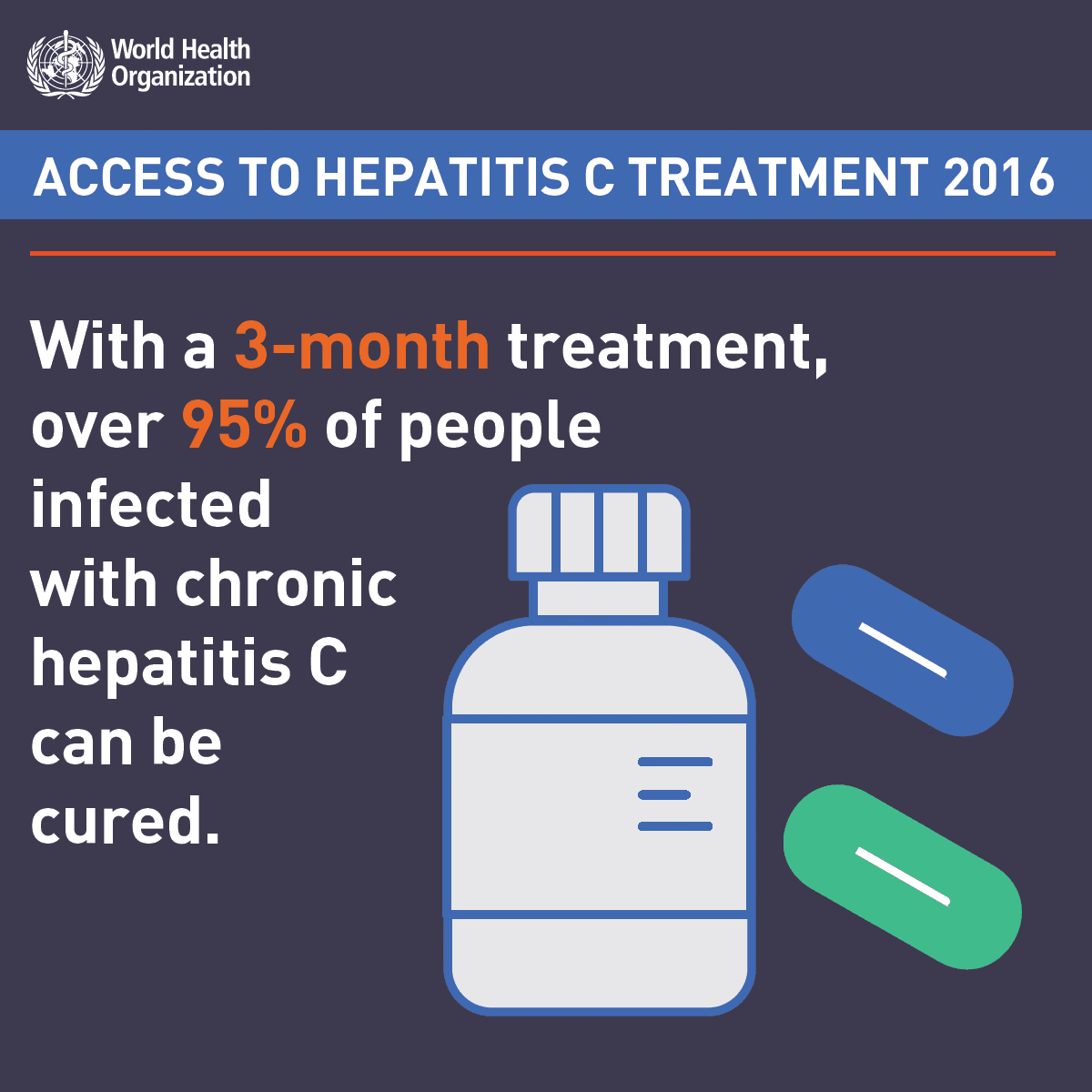 Hepatitis C is a virus that affects the liver. It is the leading cause of liver failure and end stage liver disease and is a major cause of liver transplants in the United States.

When first infected, a person can develop an “acute” infection, which can range in severity from a very mild illness with few or no symptoms to a serious condition requiring hospitalization. Acute hepatitis C infection is a short-term illness that occurs within the first six months after someone is exposed to the hepatitis C virus. For most people, acute infection leads to chronic infection but for reasons that are not known, approximately 15% to 25% of people clear the virus without treatment. 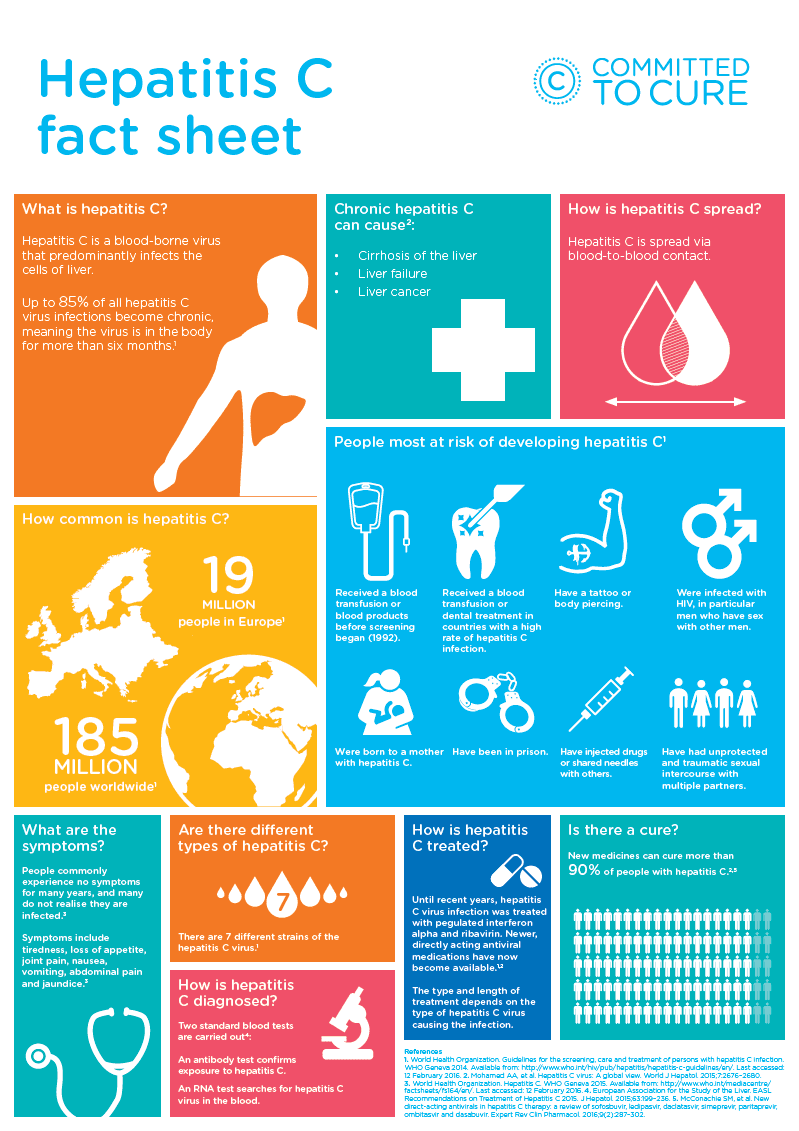 Chronic Hepatitis C infection is quite common. It can last a lifetime and lead to serious liver problems, including cirrhosis (scarring of the liver) or liver cancer. An estimated 3 to 4 million persons in the United States are chronically infected with HCV, and approximately half are unaware of their status.

These individuals may ultimately progress to advanced liver disease and/or hepatocellular cancer. However, those outcomes can be prevented by treatment, which is rapidly improving and even curing more patients than has been previously possible.

Hepatitis C has been aptly called the silent epidemic. A person can have the virus for years – even decades — before they experience symptoms and by that time, liver damage has often occurred.

Hepatitis C is transmitted through direct blood-to-blood contact. It can be contracted and spread through blood transfusions (performed before 1992), unprotected sex, intravenous drug use with dirty or shared needles, body piercings and tattoos using non-sterile ink and needles, and sharing personal items such as toothbrushes, razors and nail clippers. It is not spread through exposure to sweat, urine or tears or close contact with an infected person who sneezes or coughs.

New treatments capable of curing hepatitis C virus (HCV) infection have been approved for use in the United States. The initial treatments were approved in 2011, and many more oral drugs are expected to be approved in the next few years. 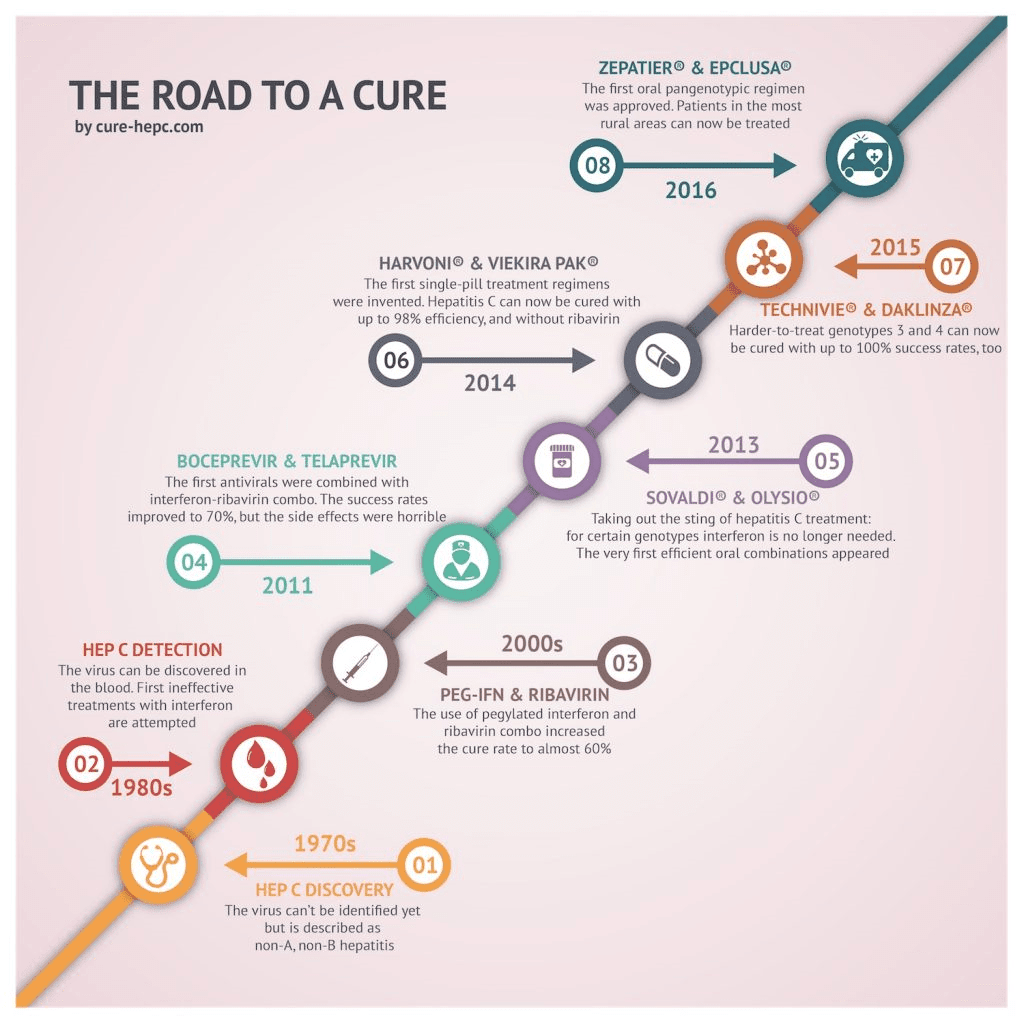 New Treatment options: Advances in Medications to Treat Hepatitis C
Recent advances in the number and types of medications available to treat Hepatitis C give you and your doctor more options to consider when deciding on a treatment plan. These advances have made treatment regimens shorter in duration, less difficult to tolerate and more effective.

What follows is a general outline of the main indications for each drug approved by the U.S. Food and Drug Administration (FDA) to treat Hepatitis C. The drugs are listed in chronological order by date of approval, allowing you to see the advances in medications used to treat HCV infection.

Until a few years ago, there were only two drugs approved by the FDA for treating Hepatitis C:

Interferon is similar to a protein your body makes to fight off infection. Pegylated interferon is a long-acting form of interferon that is administered as an injection. It was initially used alone, but later was always used with ribavirin. The first direct-acting antiviral medications were also given with interferon. Interferon is an injection with significant side effects, and many people with HCV were not able to take it or stopped therapy due to these side effects.

In the United States, the more recently-approved stronger oral medications have largely replaced interferon. Interferon is not recommended for genotypes 1, 2 and 4 and is occasionally used in genotype 3. Interferon use is expected to decrease in other countries as all-oral treatment options become available.

May 2011
The FDA approved two new medications that are part of a drug group called protease inhibitors:

These drugs directly attack the Hepatitis C virus to stop it from reproducing and are referred to as direct-acting antivirals (DAAs). The protease inhibitors were approved to be used in people with HCV genotype 1 in combination with Peg-IFN/RBV therapy. They could not be used alone; using Peg-IFN/RBV plus one of the protease inhibitors was called triple therapy. These medications were no longer used after interferon-free regimens became widely available in 2014.

It received its initial FDA approval in combination with Peg-IFN/RBV therapy, but few people received this regimen. Broad use of simeprevir occurred when it was used in combination with a newer drug, sofosbuvir (SOVALDI). This all-oral regimen was initially prescribed off-label (meaning that it wasn’t part of the FDA-approved labeling) for genotype 1 patients and was offered with and without ribavirin. FDA approval for the simeprevir and sofosbuvir combination was ultimately received in November 2014.

December 2013
The FDA approved a new medication that is a part of a drug group called polymerase inhibitors. It works by blocking a specific protein the Hepatitis C virus needs to grow. It is called:

Sofosbuvir, a once-daily pill, was approved to treat HCV genotypes 1, 2, 3 and 4. This was the first drug that allowed genotype 2 and 3 patients to be treated with pills only, offering an interferon-free regimen with ribavirin. The first line therapy for genotype 1 and 4 patients became a 12-week combination regimen with peginterferon and ribavirin. Patients ineligible for interferon could be offered a 24-week regimen of sofosbuvir and ribavirin.
Sofosbuvir was the first HCV drug with the initial FDA approval inclusive of people who had HIV-HCV co-infection.

This once-daily pill combined sofosbuvir (Sovaldi) and a new drug called ledipasvir. These medications are part of the class of drugs called direct-acting antivirals (DAAs), which interfere with the enzymes the hepatitis C virus needs to multiply.

Harvoni was approved to treat adults with HCV genotype 1, the most common form of HCV in the U.S. This was the first drug that allowed people with genotype 1 to be treated with only one pill, eliminating the need for weekly injections of interferon or a second antiviral, ribavirin, both of which are challenging to take and tolerate.

In clinical trials, Harvoni cured HCV after 12 weeks of treatment in about 94% of people who took it.

November 2014
The FDA granted simeprevir (OLYSIO) an additional approval to be used in combination with sofosbuvir (SOVALDI) as a once-daily, all-oral, interferon and ribavirin-free treatment for adults with genotype 1 HCV infection. (Previous to this, simeprevir had to be used in combination with Peg-IFN/RBV therapy, as outlined above). This approval gave people with genotype 1 another all-oral treatment option.

December 2014
The FDA approved a new combination medicine, which can be given with or without ribavirin, to treat adults with genotype 1 HCV infection, including people who have a certain kind of cirrhosis (compensated):

Viekira Pak, an all-oral interferon-free regimen, is also approved for HCV/HIV co-infection and people who have had a liver transplant. It is not for people with advanced cirrhosis (decompensated). If you have cirrhosis, you should talk with your healthcare provider before taking Viekira Pak.
In clinical trials, Viekira Pak cured 97% of people with HCV genotype 1a and 1b, including people new and experienced to treatment, and people with compensated cirrhosis.

It is a very exciting and hopeful time for people with Hepatitis C as treatment is rapidly changing for the better. We now have higher cure rates, shorter treatment times, and all-oral treatment regimens for most people with HCV infection. For current treatment protocols, please see “Medication Regimens According to HCV Genotype.”

"The doctor spent an enormous amount of time going over his records and truly explaining to us what was happening, unlike any other doctor."

"Thank you Dr Ramgopal and staff for providing healing hands. It is rare that you find such kind and dedicated people. I'm forever grateful."

"You saved MY LIFE. Period. Thank you for taking good care of us. To your patients, you are a hero."

"I admire your work and committment to being a healer, and am forever grateful. You have aligned yourself as a top professional in the area."